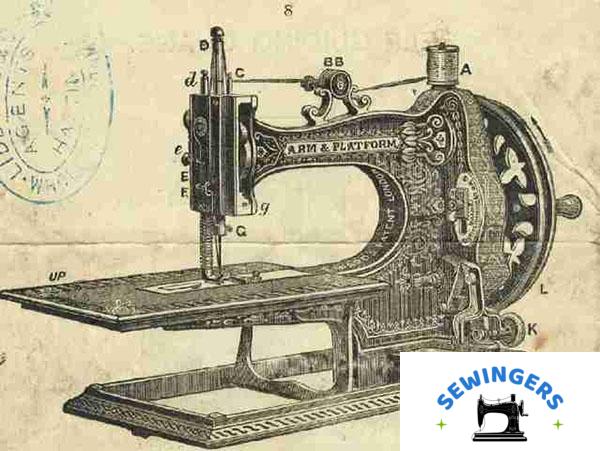 “Failure is another chance to start again. Always better and one step ahead.”

According to a dictionary definition, a sewing machine is a device that is used for stitching or joining fabrics but for me, it symbolizes that anything can be restored or fixed irrespective of the situation.

The invention of the sewing machine proved to be revolutionary for all the women who used to be homemakers. Hand sewing is more than 20,000 years old art and women used to stitch manually.

If we roll back a little more then the first sewing needles were built with animal horns or bones. During this period, animal sinew was used to make sewing threads.

Somewhere in the 14th century, the iron needles were created and the needle with eye appeared in the 15th century.

Let’s take a trip through memory lane and see how the evolution of sewing machines took its course.

The invention of Sewing Machine

The inventive sense in humans led to continuous progress in the improved technique and hence making it less manual than before. In the 18th century, with the beginning of the industrial revolution, Europe saw a dip in manual sewing, and then came the first patent in 1755.

In 1755, the British patent for the first sewing needle was issued to a German man, Charles Weisenthal but the patent had no description of the machine-like device. That was the moment when the invention of the sewing machine was established.

A day came in 1790 when the first detailed design was introduced and the first stone was laid to create the history of revolutionary equipment. Thomas Saint, a cabinet maker from England devised the first-ever sewing machine.

He designed a hand crank-operated machine which was capable to work on canvas and leather. Unfortunately, it remained unknown if he created the prototype of the machine or not.

In 1874, William Newton, an English Engineer somehow got Saint’s patented detailed drawing that with it’s help he designed the replica and claimed that it was he who gave the detailed design of sewing machine.

With the failure of each design, every design became one step ahead than the previous one. All the designs were operated with the winding handle however, in all the designs the needle was moved side to side and there was hardly any improvisations.

The first functional sewing machine was invented in 1830.prior to this, a series of innovations came such as in 1810, Balthasar Krems used sewing caps and built an automatic machine. In 1814, an Australian tailor, Josef Madersperger attempted many unsuccessful designs.

To everyone’s surprise, an American duo, John Knowles and John Adams Doge successfully designed a sewing machine but unfortunately it broke after stitching a few bits of the cloth.

And finally the most awaited day came after a long span pf 40 years since the actual first detailed design of sewing machine by Thomas Saint. A French tailor Barthelemy Thimonnier built the machine which could stitch in a row with a thread and hooked needle.

As no invention can happen without tragedy how it can be easy for Thimonnier. Right after the successful patent of the world’s first sewing machine, he opened a garment factory. A group of enraged French tailors came to know about his invention and burnt down his factory while he was still inside and almost died.

Trust and belief in your abilities can never stop you from achieving what you meant for. In 1834, Walter Hunt invented the First American sewing machine but he never got it patented as he thought that it may lead to unemployment.

Till 1844, all the sewing machine’s were constructed with separated components and could not work well. Nonetheless, an Englishman John Fisher joined all the elements and removed the disparity. He never got recognition as his design couldn’t get through the patent process.

In 1846, Elias Howe got the first American patent but his design resembled Fisher’s with slight changes. His design used dual sources for thread and his needle comprised an eye at the point. He introduced lockstitch in which the needle used to go through the cloth creating a loop and the thread was slipped through the loop hence making a locked stitch.

Elias struggled for nine years to market and to save his design from being copied. He sailed to England. Still his lockstitch procedure was copied by others who were also trying to invent a machine. After 9 years of lengthy stay, he came back and found that his lockstitch was copied.

Isaac Merritt Singer innovated up down stitching mechanism with foot pedal. He is the founder of one of the iconic commercial machines, SINGER sewing machines. He was extremely inspired by the designs of Howe, Hunt and Thimonnier. He patented the Singer’s sewing machine in 1851.

Isaac copied the design of Howe, so Howe took him to the court for Patent Infringement and won the case. Meanwhile, Singer refer to Hunt’s design to prove that Howe infringed Hunt’s idea but all in vein.

At this point, Hunt’s designs had no patents so it became an intellectual property which anybody could use. If he had patented it today his name would be in the list of sewing machine patents.

Same goes for Fisher, if he had successfully got the patent then he would have been in the lawsuit. As Elias Howe and Singer’s machine designs resembled to Fisher’s. Even after allegations and disputes Singer and Howe died with abundant money.

Both are remembered as the pioneer inventors in the sewing machine world. Sometimes, rather than unlimited failures, luck and strive to develop something works more. Who knew that sewing machine will become unparalleled invention ever in the history of clothing or garment industry.

There is a long history of sewing machines but the real inventor is still a big question. In the end, we are highly grateful to all the people who contributed even a single eye.

Without all of these legends, still this invention would have been just designs on the papers in somebody’s drawer.

“Persistence and patience give the inevitable results.”

Hi, there! I am Hannah Nelson, your host on this website. I started this blog to teach my lovely readers how to master the art of sewing effortlessly and how to turn this hobby into an income generating business.