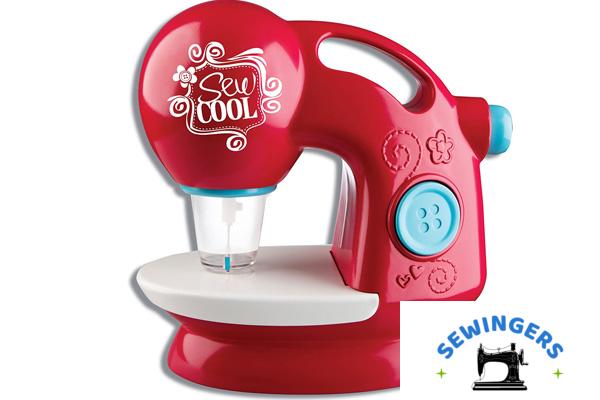 The Sew Cool Maker Machine is a threadless sewing machine designed for the youngest of beginning sewers. Your child can create nine projects with the pre-cut shapes and patterns that are included with every purchase. The use of the Sew Cool will enhance any child’s eye coordination and imagination.

Some parents would prefer an actual sewing machine that has simple features for their children to learn sewing skills from but the safety issue hovers over such a choice, especially since a real sewing machine will involve electricity and needles.

If you are looking for a toy sewing machine that does not need parent supervision, have needles to re-thread or change, and require electricity to power it up you won’t think twice about getting the Sew Cool Maker Machine as a Christmas present for your child or even for other children.

For children ages six years old and up, the Sew Cool is convenient to use without any need for bobbin winding, threading needles or even presser feet pedaling. All your little girl needs to do is push the button to start the creation of any one of the nine projects. Take a look at the Sew Cool’s other features. 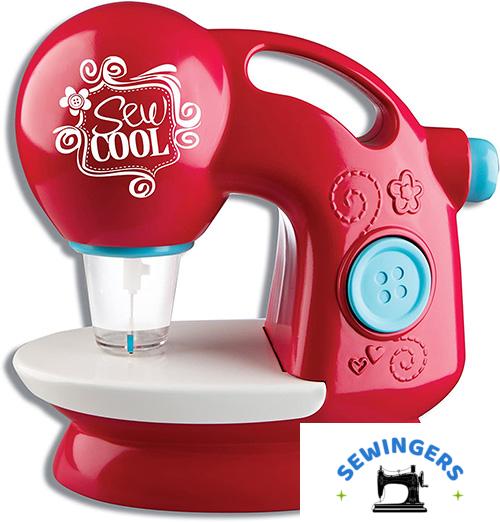 Your child will be able to create purses, pencil cases, small bags, stuffed characters, and pouches with the Sew Cool. Even sewing seams will be easy to do with the Sew Cool’s seam alignment feature. All the little one needs to do is simply follow the dotted line.

The Sew Cool comes equipped with sewing guides and a needle guard to ensure your child’s safety while doing any sewing project. Fabrics, ribbons, decorations, and buttons have been included with every purchase of the Sew Cool Maker Machine for your child to invent patterns and personalized designs.

Your child can select owls, cats, and ponies, among other pre-cut patterns, which can be stuffed with the cotton stuffing inclusion with every purchase. For those who want something more ornate, additional Sew Cool patterns are available for downloading from the Sew Cool Sewing Studio.

With product dimensions of 13.6 inches (length) by 11.2 inches (width) by 4.8 inches (height) and a weight of only 2.4 pounds, the Sew Cool is a space saver when it comes to storage. Because of the Sew Cool’s portability, your child can bring the Sew Cool anywhere to enjoy.
Everything a child needs to enjoy learning sewing skills is in the Sew Cool. With three pre-cut projects, eight sheets of fabric, eight pieces of plastic buttons, 14 pre-cut décor pieces, three pop-up patterns, Sew Cool strap, an instruction guide, and a bag filled with loose stuffing, your child is all set to go!

Pros and Cons of the Sew Cool Maker Machine 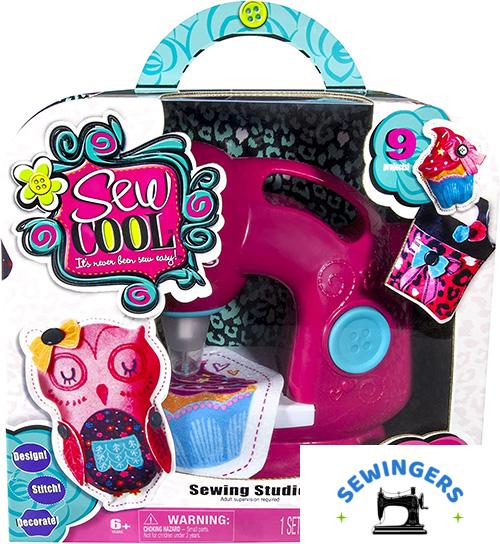 The Sew Cool is easy to assembly for the parent in charge of supervising child play. Parents who bought the Sew Cool found it useful in helping develop their child’s creative development. They also found the Sew Cool encouraged imaginative play in their children.

The safeguards that went into the manufacture of the Sew Cool Maker Machine were appreciated by parents who sent in customer reviews, specifically the needle guard. The Sew Cool may be categorized as a toy but it is the educational kind that’s much safer to use for younger sewing enthusiasts. 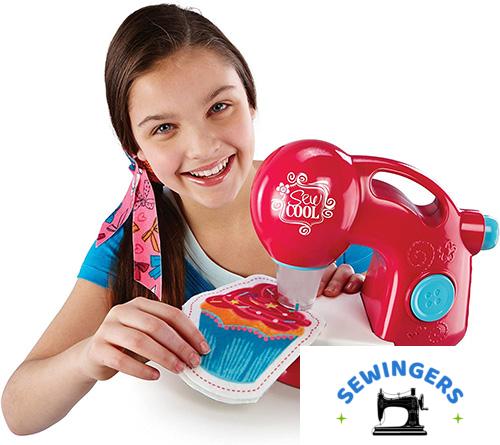 What Customers Say About the Sew Cool Maker Machine

Customer reviews from Amazon gave the Sew Cool the highest Amazon rating of five stars. There was no score lower than those five stars, meaning customers who purchased the Sew Cool Maker Machine found the product satisfactory.

Whether it was given as a gift or just a thoughtful gesture, the Sew Cool Maker was much appreciated by its recipients, according to reviews. Although other sites carried more cons from customers, it would be fair to say that Amazon also publishes cons and did not do so for Sew Cool because there were none.

Based on Amazon customer reviews, the Sew Cool Maker Machine is an ideal Christmas present and, notwithstanding the reviews from other sites dominated by “cons,” it is, if you are the kind of parent who regards safety beyond any other feature of a toy that resembles the adult version.

A child who learns sewing becomes educated in an art form that is both a skill in frugality and a fun way to develop creativity. Should you buy the Sew Cool Maker Machine? You just have to decide between a toy sewing machine that needs no supervision to enjoy or a real machine that has potential safety issues. 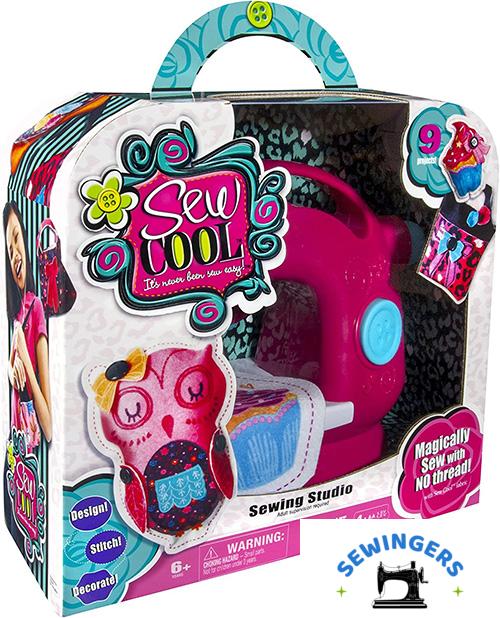 On the other hand, if budget is the prevailing factor when deciding to buy a toy like the Sew Cool Maker Machine, the reason for purchasing it wouldn’t be less practical than if you bought your child a real sewing machine which can get trashed, broken or dented with additional expense on your part for repairs.

In comparison with other toy sewing machines for children, most brands have more “cons” than they have “pros,” especially with needles, even when these have protective covering. These toy sewing machines have foot pedals as well that are, more often than not, hit by needles “jumping around.”

For young sewers who are between six and eight to nine years old, the Sew Cool Maker Machine is good enough as a first sewing machine. Your child can “graduate” to the use of a more advanced sewing machine, whether toy or real, when she or he is a little older.

Hi, there! I am Hannah Nelson, your host on this website. I started this blog to teach my lovely readers how to master the art of sewing effortlessly and how to turn this hobby into an income generating business.